I took a bit of a tech break over my birthday weekend, so I know I missed out on a couple of weekly features. I’m now two behind on Wordless Installations due to technical difficulties but hopefully I can get that fixed shortly so that I can assault you with pictures tomorrow.

I know that with my tech break I also missed last week’s Thankful Thursday. I think this week I’ll go ahead and just combine the last two weeks into one post.

If you’ve been curious about the Self Harm Series that I promised, I haven’t forgotten about it. I’ll be honest, I’m nervous to write that series. I know that I need to get past that and just get it out, but it’s hard to work up to it. Also, I need to be in a place where I can feel my emotions while writing, and coming up with time for that is proving challenging at the moment.

Batdad started his second job a couple weeks ago so he’s now working quite a lot of hours a week. Like, almost 65 at last check. I’m a bit worried about that, but it’s going to be short-term and he feels confident that he can handle it. We’ll just see how it goes. We both took off work on Friday for my birthday and called Little Miss out of school so that we could all spend the day together. It’ll be our last day off together for a while. It was a pretty low-key day. We went out to breakfast, did some shopping, Batdad bought me some books (a sign of true love), and we worked on getting the yard cleaned up. Our lawnmower is broken so we haven’t been able to mow it, and it sort of resembled a jungle. All better now though.

On Saturday the kids and I went to the local Renaissance Fair with my in-laws. We had a great time there, great booths and food, great activities for the kids. Sunday we made a trip to Home Depot and my father-in-law helped me pick some things out to build a small fence around some tires that I want to plant some flowers in. The fence will hopefully keep the dogs out of that area. They had to leave before we could get anything cut or built, but I’ll hopefully find time to put it together this week.

So that’s it for me. Nice, relaxing, tech-free birthday weekend. How about you guys? What did you get up to this weekend? 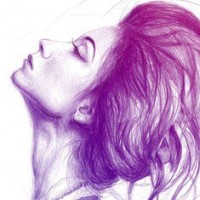 PostSecret
Gays in the Life

Pop Culture and Geekery with a Dash of Mischief

the writings, musings, and photography of a dream smith

18+ A Blog about MY life, my journey to self acceptance & discovering my self worth, I really don't give a flying squirrel fart what others think

A Good Blog is Hard to Find

A sincere blog about a donkey

constantly changing my to do list, dreams, and sweatpants

"To find yourself, think for yourself" - Socrates.

The Adventures Of a Thirty-Something Life